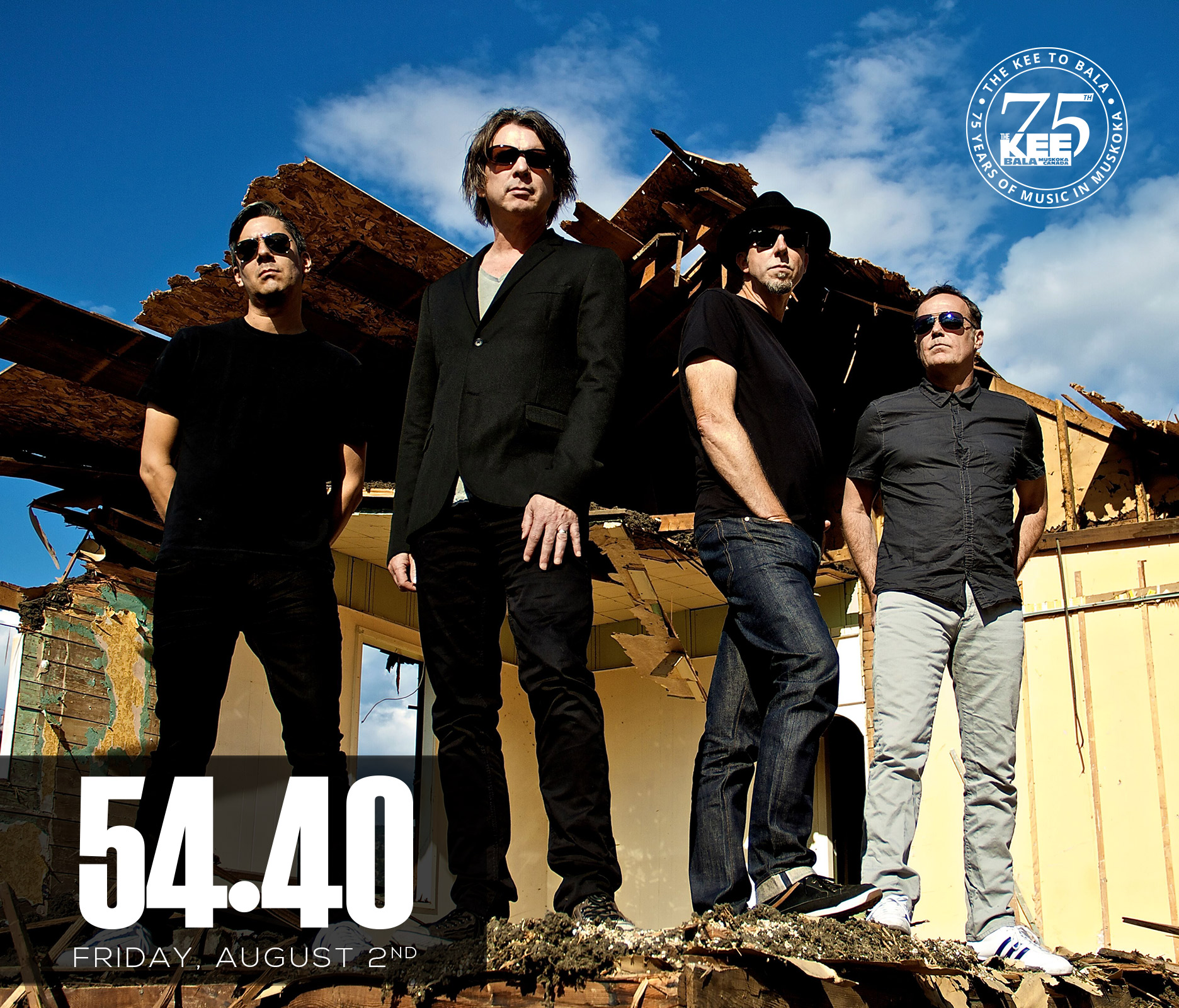 54-40 is one of the most important popular music groups to emerge from the Canadian cultural landscape. Celebrating their thirty-year anniversary – a remarkable achievement in itself – the band has an unbelievable catalogue of hit songs, including “Baby Ran”, “I Go Blind” and “Ocean Pearl”. Lead by chief songwriter Neil Osborne, 54-40 have carved out a legacy of gold and platinum albums and a outstanding reputation for their live performances that carries through to this day. The secret to their longevity is their ability to redefine and reinvent themselves, taking longtime fans on a ride that is bound to pick up new young fans on the way. To experience 54-40 in concert is to experience how songs have touched and continue to touch people’s lives: each show is an extraordinary affair that bridges the gaps of generations through a shared love of music. “A band has to evolve with its audience to keep their interest,” explains bassist Brad Merritt. “We make records based on where we’re at, at that time. So it’s kind of like a time capsule.”

54-40 have roots reaching back to the early beginnings of the 1980 post-punk scene in Vancouver, BC; their very first gig was on New Year’s Eve 1981 at the Smilin’ Buddha Cabaret. In those days you’d have found them rehearsing at a decrepit jam space under a bridge deep in East Vancouver. In the true spirit of independence, the band screened their own t-shirts, sent photocopied newsletters to their fan club, and released their own recordings on tape, which would later be pressed to vinyl and cassette. They were immersed in the MuchMusic video craze of the 1990s and the growing digital worlds of CDs, MP3s, and websites. Through 2000 and beyond, the band have lived through the rise of filesharing and social media such as MySpace, Facebook, YouTube & Twitter and embraced it all, now releasing their very own mobile phone application. Indeed, 54-40 has seen many different changes over the past 30 years, and they have managed to remain constant and relevant in the ever-changing technological landscape of music.

After recording a couple of independent releases in the early 80s and reconfiguring the band as a foursome, they signed with Warner Brothers in the US and released four albums. In 1991, 54.40 found a new home on Columbia Records at Sony Music Canada. In thirty years, the band has toured throughout the world, released nine more albums, received numerous awards and achieved almost a dozen Top-10 hit singles. Along with their incredible songwriting ability, 54.40 expanded their horizons by opening their own studio and racking up producing and mixing credits. Neil Osborne produced Juno-nominated Jets Overhead and singer/songwriter Cara Luft, while guitarist Dave Genn produced Marianas Trench and Armchair Cynics and is a co-songwriter for the chart-topping Hedley.