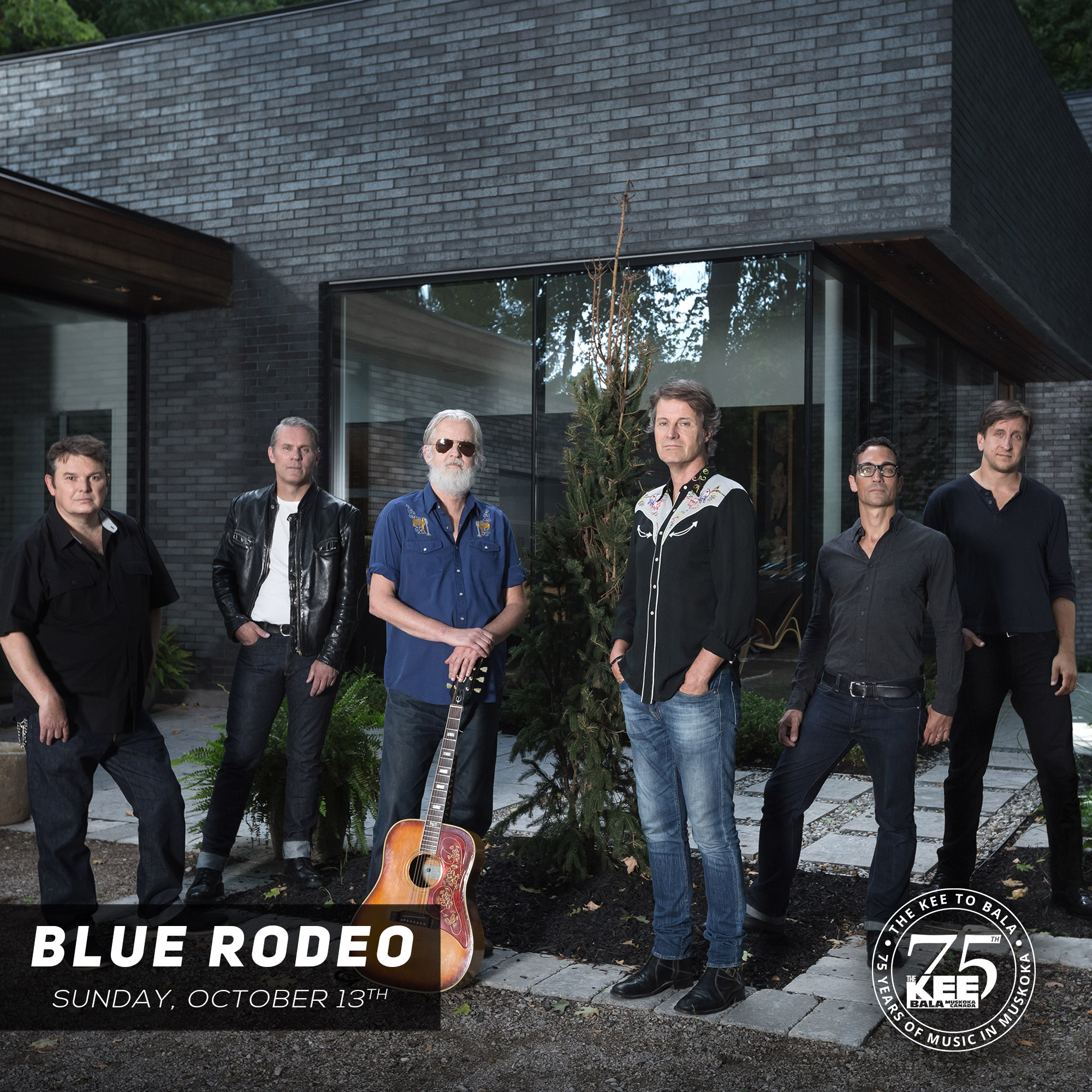 The definition of a rebel is someone who goes against the grain. For close to thirty years now, Blue Rodeo has taken the road less travelled – and succeeded far beyond anyone’s expectations. The band emerged in the early 80’s as a countrified rock band in the era of hair metal and glossy pop. Despite sticking out like a sore thumb (or maybe because of it), their single “Try” became omni-present on radio across Canada and set in motion a three decade long career of headlining every club, theatre and arena in Canada. In 1993, when grunge rock was squeezing commercial rock off the radio, they recorded their most acoustic album, Five Days In July, and scored their biggest hit selling over a half million copies of that one record alone.

Now, with their 14th Warner Music Canada studio album – 1000 Arms, Blue Rodeo’s successes are measured in terms that include induction into the Canadian Music Hall of Fame (2012), receiving a Governor General’s Performing Arts Award (2014) and acknowledgement that the band has steadfastly defined itself by its own terms, and in the years that ensued, sold in excess of four million records.

Reflecting back on three decades of successes and those early Blue Rodeo days, both Jim and Greg are able to fully appreciate where the band sits in the pantheon of music. “Success seemed really real when we were entertaining people at The Horseshoe. That was the top of the heap for us,” Cuddy says. “When you look back, you realize that it has just been this beautiful dream.”