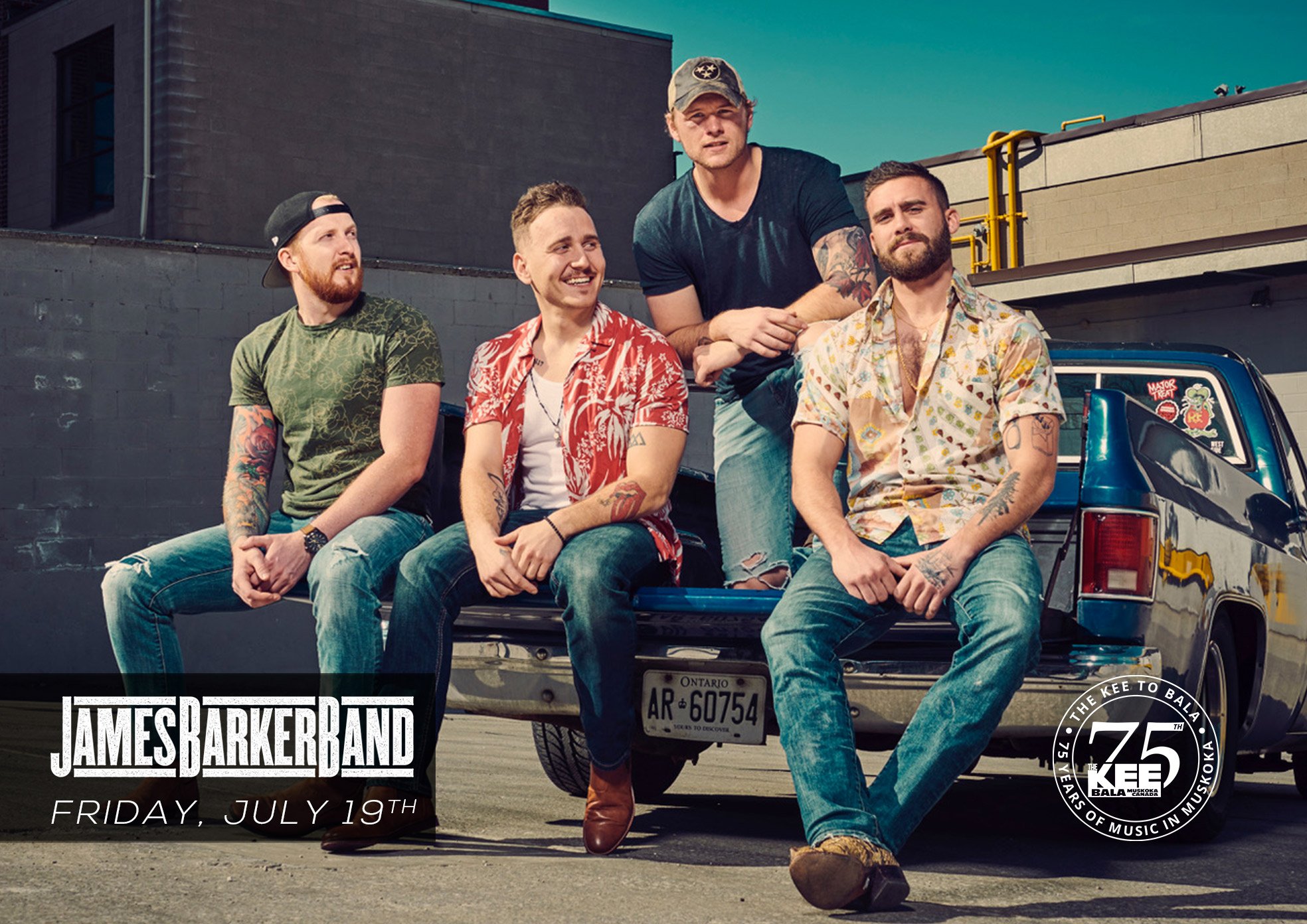 With over 48 Million total streams to date, the James Barker Band have taken the country music scene by storm. Formed in 2013, the founding members of this award-winning band (James Barker, Taylor Abram, Bobby Martin, and Connor Stephen) continue to break records one release at a time.

The James Barker Band first burst onto the scene when they won the Boots and Hearts Emerging Artist Showcase in 2015 and were signed to Universal Music Canada.  Their debut EP “Game On” has so far accumulated over 35 million streams, four top-10 hits on Canadian country radio, and four gold-certified singles. James Barker Band has had the most spun song by a Canadian artist on Canadian country radio in both 2017 and 2018 year to date. “Game On” was awarded “Country Album of the Year” at the 2018 JUNO awards.

Their first #1 Canadian country radio hit “Chills” also reached #46 on the US Country radio airplay chart in 2018, the first time for a Canadian Country artist not signed to a US label to do so. The band have made history with the SOCAN Songwriter Prize nomination for their song “Chills”, which is the first ever country music nomination for this prestigious all-genre award.  This record-breaking single was also awarded “Single of the Year” and “Best Selling Canadian Single” at the 2018 Canadian Country Music Association (CCMA) Awards

Their recent single “Good Together” is the most spun Canadian country music song in 2018. They are honored to have “Good Together” featured on Spotify’s “Hot Country” (the world’s biggest country playlist) – capturing 15 Million streams and counting on Spotify alone.

The James Barker Band headlined a national tour in 2018 performing for over 15,000 fans across 22 Canadian cities.