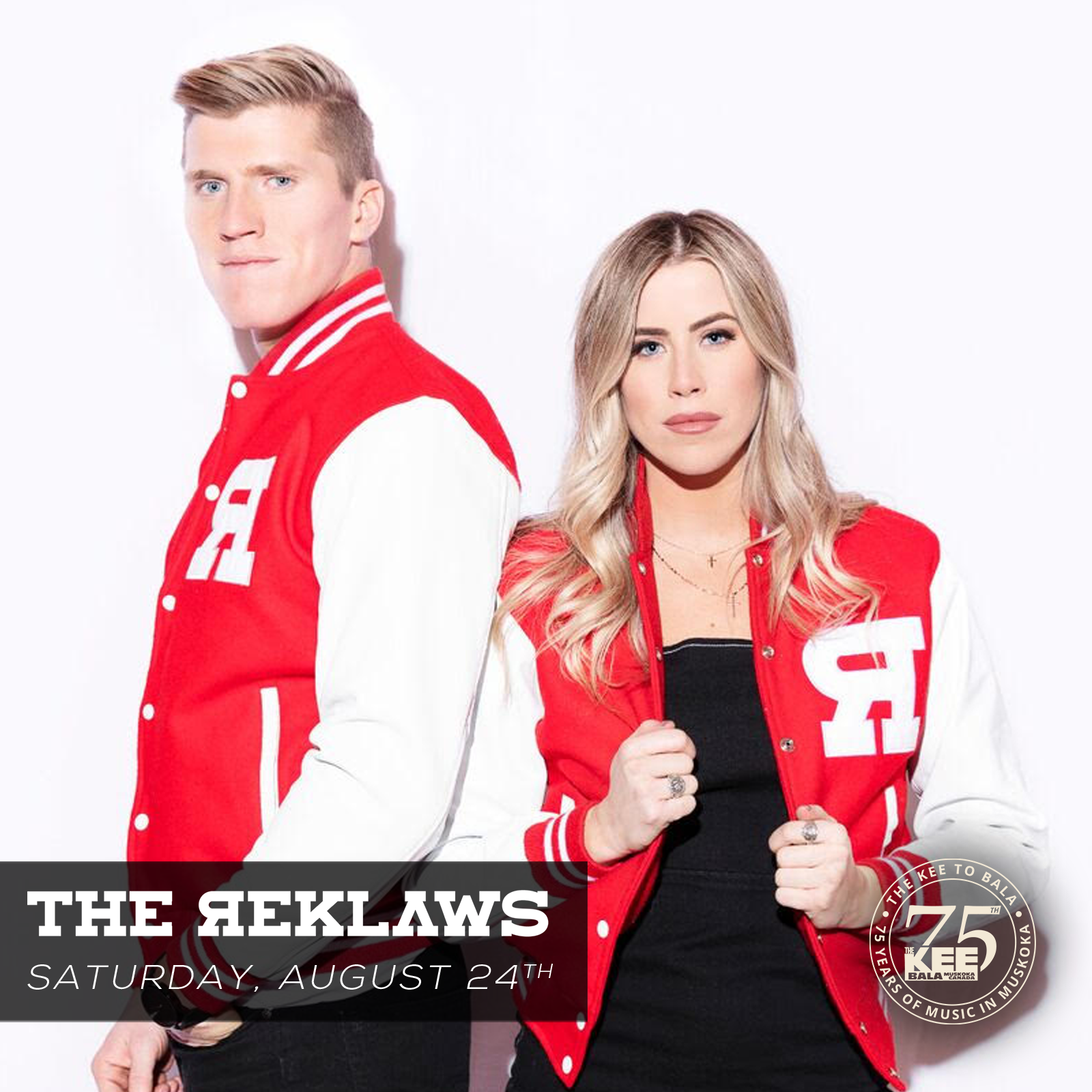 We’re excited to welcome back The Reklaws for another amazing night at The KEE to Bala Saturday August 24th!!!

These tickets will be going fast, advance ticketing is on sale NOW – $29.50

Although The Reklaws are no stranger to the country music world, you’ve definitely never seen them look or sound like this.  After spending the past three years writing in Nashville, they’re back with a fresh look and sound that meld their small-town roots and love of country music with their collegiate curiosity and passion.  Re-introducing themselves with their major label debut at Universal Music Canada, The Reklaws kicked off the summer with their most recent single, Hometown Kids – a summer anthem for their generation.

Born and raised in Cambridge, Ontario, Jenna and Stuart Walker spent their childhood days on their family’s “Adventure Farm” where they would perform for hundreds of tourists that would come to see the corn mazes, pumpkin patches and pig races. The two kicked off their careers and brought the name The Reklaws into country music in 2012, where they won the CCMA Discovery Program. Following this success, The Reklaws entered the 2013 Boots & Hearts Emerging Artist Showcase and took the crown along with a single release by Big Machine Canada. In 2013, the duo opened for Dierks Bentley on the main stage at Boots & Hearts in front of 40,000 of country music’s largest fans. The Reklaws were invited back to the festival in 2014, 2015 and 2016 where they hosted the main stage and opened for acts like Luke Bryan, Blake Shelton, Tim McGraw, Thomas Rhett and more.

This summer, fans can see The Reklaws at a number of festivals across Ontario, including Trackside Music Festival where they will share the stage with fellow country artists Kip Moore and Brothers Osborne. More music from The Reklaws will follow this year.

For more information or interview requests: